I would like you to meet a gentle giant, a German Shepherd named Drax who visited me for a full groom.

I was preparing my equipment so I would be ready to introduce him to my grooming parlour. For some dogs, an unfamiliar place and unfamiliar people can cause anxious feelings and I try to counteract that with a positive space and a friendly attitude.
After being introduced to Drax, he displayed a great temperament and jumped straight into the bath with no hesitation – wow!
After washing Drax, I quickly mopped the floor and lifted him down from the bath – cue the tidal wave! Drax had a colossal shake off session, which resulted in him being almost dry and I was now soaking.
Drax was not keen on being dried but let me as I played with him.
This gentle giant was the sweetest German Shepard I have ever met and had the greatest pleasure of grooming Drax and look forward to seeing him again.
I would also like to mention that he decided that my foot was better to sit on (rather than the floor) and then traded that for my lap until his owners arrived.
One sloppy kiss later and he was off. 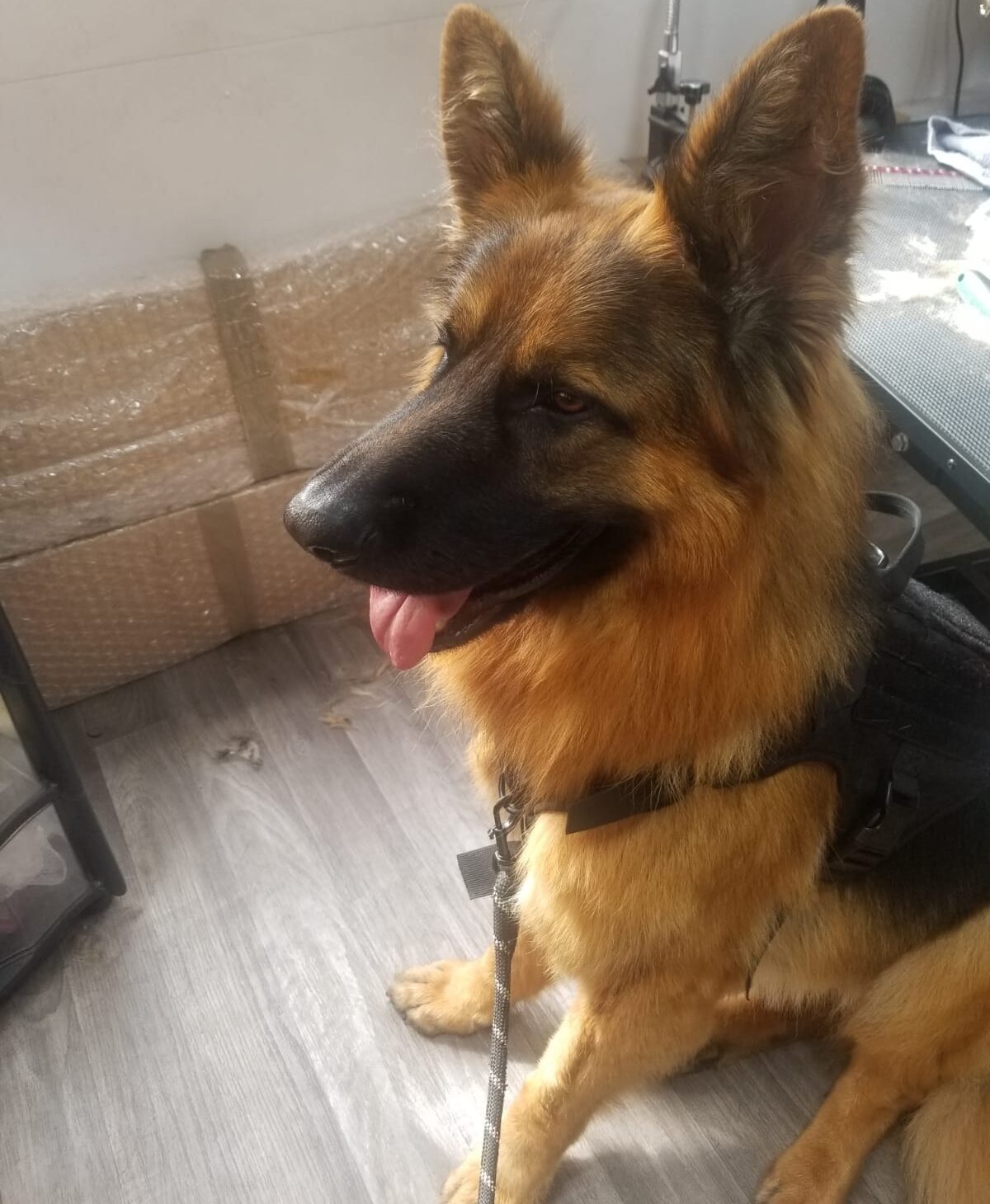 There is a great website that has really useful information about this particular breed.
Head over to
Your Dog Advisor – German Shepherds
to find out more!

admin2021-09-10T18:54:40+00:00
Page load link
A cookie is a small text file containing information that a website transfers to your computer’s hard disk for record-keeping purposes and allows us to analyse our site traffic patterns and improve our website. Ok
Go to Top